Been awhile I have started two ne projects the first Gordon Relief Expectation of 1885 which I am down to the Madist's around 1800 figures i'll post the story and pics later.Currently I am completing my Mexican War figure fro Patrick Wilson's "Gone to see the Elephant rules" which are far superior to any rules for the period I have seen on the market.The rules give a good representation of the differences between the U.S. forces and the Mexican forces without favoring either side and coupled with the various events that randomly occurring during play makes the game an enjoyable game with some unpredictable results.


The following are some Photos of my first Mexican Brigade 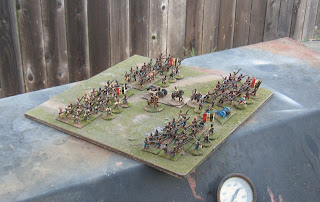 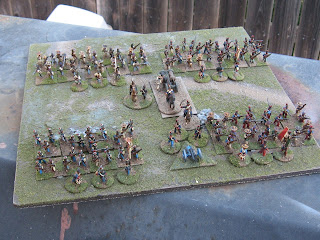 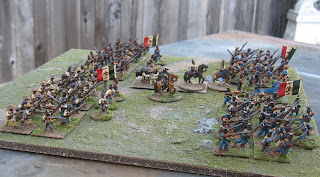 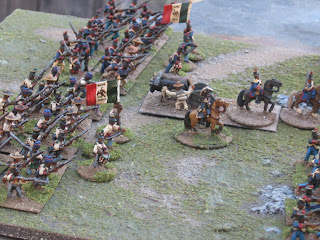 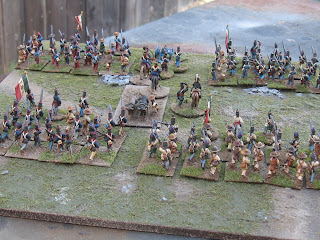 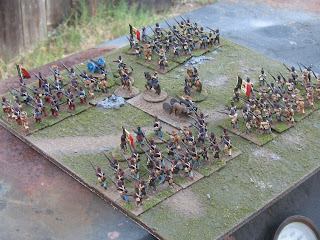 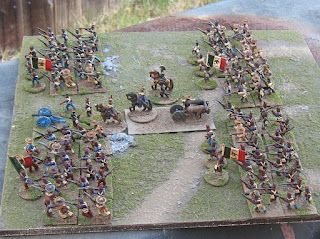 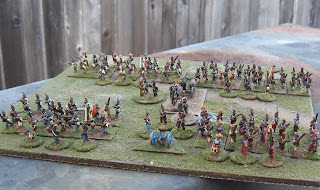 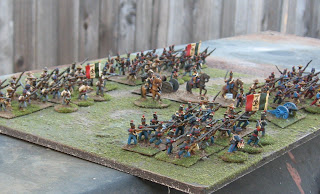 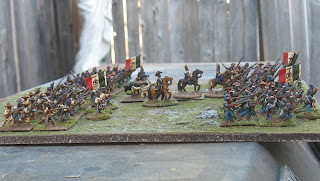 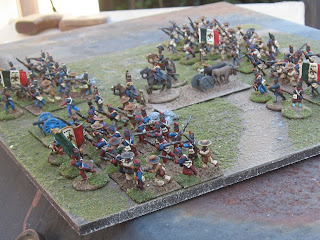 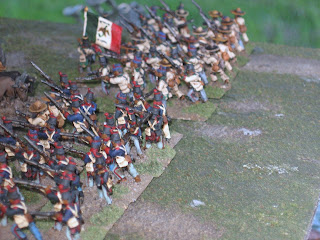 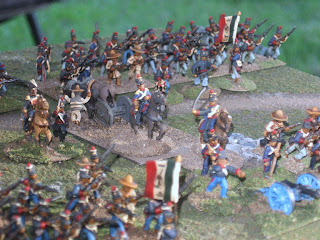 Here is my U S Volunteer Brigade

The uniforms of the Volunteers while fancy and complete at the start of the war quickly fade and fell aprt in the harsh climate eventually many volunteers resorted to using local made uniforms, U S Army  uniforms and Mexican army uniforms. 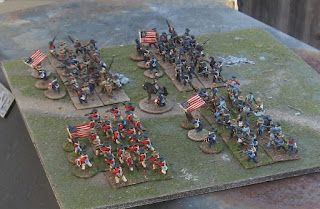 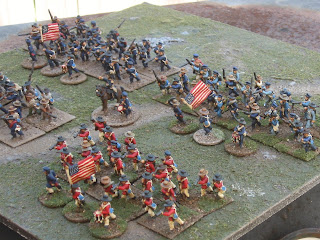 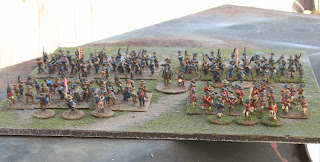 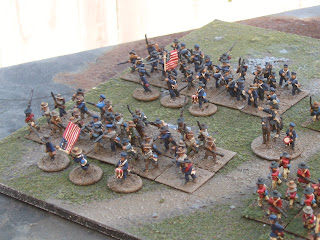 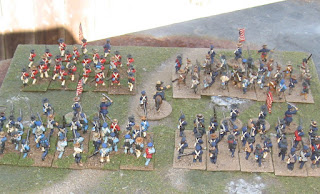 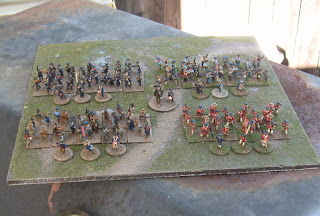 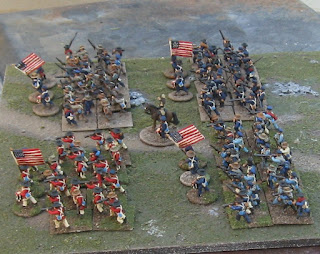 Posted by chuckazulu at 11:56 PM No comments: